How Donald Trump Is Single Handedly Killing The Solo Dentist

Like him, or hate him, there are some FACTS as a practicing dentist you can’t ignore….

• Consumer confidence is higher right now than at ANY time in the last 18 years!

• What’s NOT debatable is the fact that from an economic perspective, the grass has never been greener… UNLESS you’re a solo dentist in private practice

“During 24 of the most positive economic months we’ve had in decades…. why has YOUR growth been flat or minimal ?”

The unavoidable (and possibly terrifying) FACT is this… what goes up ALWAYS comes down. The economy is no different and while the Trump administration is enjoying unprecedented economic growth, consumers are basking in the glow… but the dentists I talk to day in and day out are NOT having the same experience. So you have to ask yourself…

“If during a time of unprecedented economic wealth and growth my practice didn’t grow exponentially… WHAT THE HECK IS GOING TO HAPPEN WHEN THE INEVITABLE economic CORRECTION/ DOWNTURN happens?” (and it is coming with a vengeance)

If you’re like most dentists in the United States… the last 2 years have not been generous to your practice. While the economy was booming… your growth was either flat or minimal at best. The most important question is… WHAT SHOULD YOU DO NOW?

Before I answer that let me first say that there are SOME people in dentistry who have actually EXPERIENCED the last few years as BOOM TIME! Their growth has been STAGGERING. As an example… Heartland Dental has grown 126% in the last 5 years!!!! Read that again: 126% GROWTH!!! Did YOUR practice grow even 20% of that in the last 5 years? I’m guessing your answer is a disturbing NO.

The point here is this…. The Trump economy has benefited all the dental industry players who are the solo practitioners’ (YOUR) BIGGEST and most DANGEROUS enemies/ COMPETITORS. Who’s benefitted and grown the most in the last 2 years…

And in that time these groups have gobbled up private practices at record rates, put solo practitioners out of business at epidemic rates and they’ve gotten richer and richer as they’ve hoarded enormous amounts of market share.

Modern dentistry is a HYPERcompetitive dentistry. The DSOs, Corporates and Mega practices are pouring MILLIONS of dollars into local markets. Dominating marketing, media, the internet and stealing market share DAILY. On top of that the young guns… Millennial dentists… are embracing all things new… clinical technology, marketing technology, internet technology, etc…. leaving the “old guard” on the outside looking in. And the view is NOT good.

This is NOT a political article, it’s a REALITY article. If you are a solo practice, if you didn’t go to dental school just to become a corporate employee with limited income, if you’re not ready for retirement but are SERIOUS about having one someday… BUT… you haven’t grown 50-100% in the last 5 years and especially if you’ve seen flat or minimum growth during the economic boom of the last 24 months. I have a SERIOUS WARNING for you…

You need to take IMMEDIATE action to avoid the UNAVOIDABLE economic slowdown that follows EVERY boom…. or you need to get your affairs in order because your practice and the reality of the solo practitioner is all but DEAD. You’re not “out’ of time but this article is the so called “bell tolling”. You will either put this article down and IMMEDIATELY get ready or you’ll perish. In the good old days when you graduated from dental school you pretty much had a “golden parachute”. You practiced, you grew, you sold and retired. For the majority of solo dentists the “golden parachute” is DEAD.

This scenario has played out time and again in other industries. Amazon vs KMart, Blockbuster vs. Netflix, Kodak vs The Entire Digital Camera Industry. You KNOW who the winners and losers were. And the difference is simple… the losers were the old guard, they did NOT adapt, they did NOT face their fears. They did not take IMMEDIATE ACTION.

Instead, they put their head in the sand and “hoped” for things to change. Kodak INVENTED the digital camera for gosh sakes. And they HID IT because they feared it would ruin their entire business. And sure enough, it did. Whereas if they would have taken immediate action and been FIRST to market with the digital camera, they just might OWN the entire industry right now. EVERY camera in EVERY cell phone just might be a KODAK camera. Now just imagine how different their fate could have been!

YOU are standing at the exact same CROSSROADS. Which way will you go… will you take immediate action and avoid complete destruction as the dental industry completely transforms into the NEW modern dentistry? Or will your career end up in the morgue with a toe tag on it? The ONE guaranteed upside is YOU control your destiny… YOU get to choose which way you go.

Let me answer that question I promised to answer earlier… “WHAT SHOULD YOU DO NOW?”

What you should do is ARM YOURSELF WITH THE INFORMATION NEEDED TO COMBAT the DSOs, Corporates, Mega Practices and Millennials. The ONLY resource I know of where this information is compiled and easy to access and understand is the comprehensive FREE “Dental Marketing Secrets Black Book” at www.DentistBlackBook.com

There is ZERO time to waste. You MUST take immediate action right now. You MUST understand how to beat the oncoming economic “correction” before it’s too late. You are racing against the clock, both your enemies/competitors are hunting you and the good economic times are about to turn. The time for YOU to be your own HERO is RIGHT NOW! The window for overcoming these challenges as a private practitioner is closing… BUT. IT’S. STILL. OPEN.

The ONLY proven way to SURVIVE what’s coming at you before your window of opportunity closes permanently is in the strategy laid out for you here … www.DentistBlackBook.com

This “Dental Marketing Secrets Black Book” has 10 DENTAL MARKETING SECRETS THAT WILL REVOLUTIONIZE YOUR PRACTICE and is 100% FREE and I have given all my subscribers immediate downloadable access. Don’t let this window of opportunity close without you going THROUGH it!

I can’t overstate the importance of you going to that website and immediately reading the FREE “Dental Marketing Secrets Black Book” so you can save yourself.… www.DentistBlackBook.com

Graig Presti (speaker, #1 best-selling author, and CEO of four-time Inc. 500/5000-recognized company LocalSearchForDentists.com) is helping dentists all over the world gain dominance in their local search market and consequently gain more business. Presti has been featured in Newsweek, The Wall Street Journal, Fast Company and on networks such as NBC, CBS, ABC, Fox, CNBC, CNN, and more. With over a decade in worldwide dental marketing experience, Presti’s system has helped thousands of dentists achieve record-breaking new patient numbers and income levels.

Interdisciplinary Collaboration: Where Dentists And Physicians Meet To... 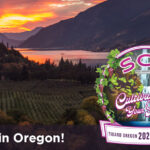 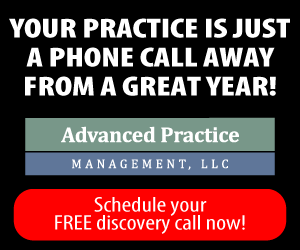